Every once in a while I’ll make a “what I’m up to” post. I guess it’s time for one now. Along with some bonus rambling about Ember and Less. 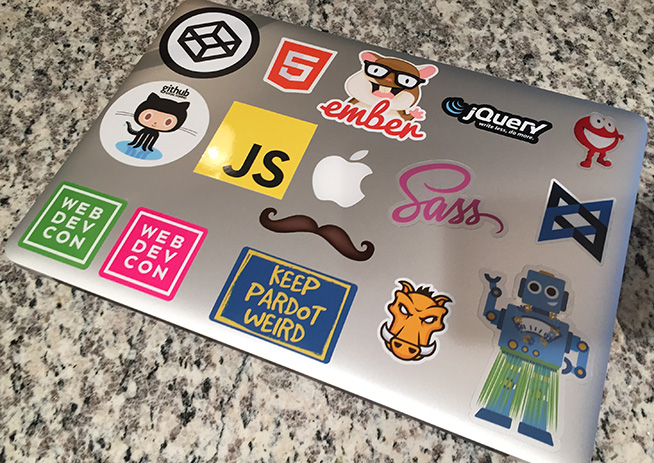 link to this subheadingBack in Atlanta

We moved out of Seattle and back to Atlanta. Seattle is a good city, really enjoyed living downtown, but in my experience the Seattle Freeze is real — especially when compared to Southern Hospitality. Regardless, we both had good jobs waiting for us in Atlanta, so things worked out nicely. I’m now working for Pardot/Salesforce, still doing front-end development. So far, it’s great.

link to this subheadingEmber vs. Backbone

The new gig has me working in Ember instead of Backbone. Ember is a little less mature, still evolving, deciding the best way to do things. It’s fun to watch it evolve, but frustrating when so much seems to change out from under you.

Ember is really big on convention over configuration. It does a lot of “magic” behind the scenes instead of burdening you with explicit declaration of behavior, like you’d more commonly see in Backbone. This is great when you know the nuances, but until you do, a lot of it is not obvious. This contributes to a steeper learning curve.

Ember is more opinionated. I kind of like it that way. While there might be several ways to do something in Backbone, Ember would tell you that there is one right way to do that something.

Take this all with a grain of salt. These are just my opinions so far. I’m still learning Ember.

link to this subheadingLess vs. Sass

The new job has me leaving Sass for Less. Honestly, it doesn’t matter. They both do variables, arithmetic, nesting, and mixins just fine, which is 99% of what we need. Leaves me wondering why this stuff isn’t baked into CSS (aside from calc() and Firefox’s syntactically awkward var(--variable) implementation).

I’m working on a little something I hope to share soon. It’s part of a bigger plan, but I don’t want to get too far ahead of myself. Until next time.