One month ago, I launched Web Fish Daily. Today, 31 days and 124 links later, was my last day updating the site. 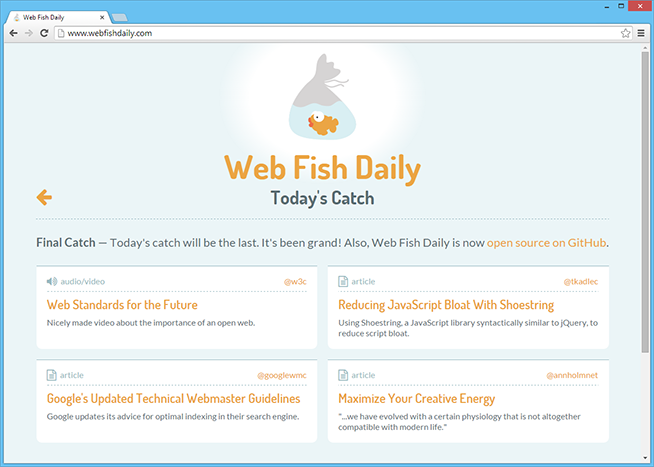 I had a great time working on the project. As mentioned before, it was something that let me play around and learn new stuff. But the time/benefit ratio just wasn’t there. As the days rolled on, I decided that a website was not the best vehicle for sharing a handful of links on a daily basis. Twitter was. So I’ll continue sharing links, but I’ll do it via @lonekorean.