Twitter Cards help your pages stand out by adding an image and text blurb to any tweets that link to them. The results are more engaging than a plain text tweet, hopefully inviting more click-throughs. For example, take this picture of happy toast I drew a few years back: 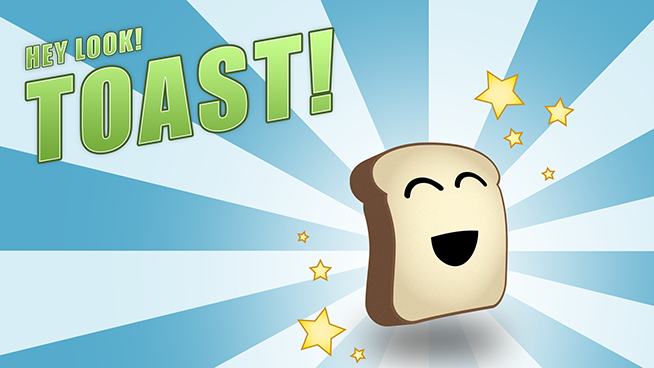 For whatever reason, I’ve decided to set this happy toast as the Twitter Card image for this page. Now if anyone tweets a link to this page, it’ll look like this: 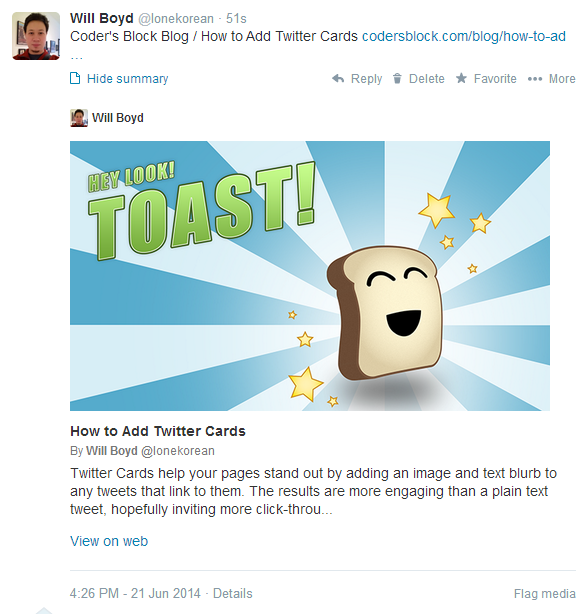 Adding a Twitter Card to a page is just a matter of adding a couple meta tags to <head>, like so:

The rest are pretty self-explanatory, but with a few rules. Only the first 200 characters of description are used. The image must be at least 280px in width and 150px in height, but no more than 1MB in size.

Now’s a good time to check out the Twitter Card Validator, which lets you do 3 things:

That last one is important! Your Twitter Cards won’t show up on tweets until you get approval. Note that you’ll have to get approval for each card type you want to use (summary, summary_large_image, etc.). Even though Twitter says it takes a few weeks to get approval, I’ve done it twice and was immediately approved both times.

That’s really all it takes to get up and running with Twitter Cards. Check out Twitter’s own documentation for more details. Next time I’ll share how to integrate Twitter Cards into WordPress.